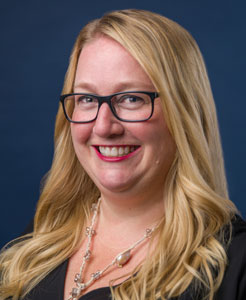 Monica Partridge feels blessed every day by the special magic of Santa Fe, New Mexico. Anyone who’s ever visited or lived here has experienced that magic. She’d love to be your guide on that enchanted journey in the City Different — and help you find your own little piece of home-heaven here.

She arrived at selling real estate through the backdoor of catching the home renovation bug. Having completed multiple renovations, large and small, she loves the feeling of transforming a lackluster space into something beautiful, functional and well loved. She’s also a residential real estate investor and manages her own properties, one of which she rents on Airbnb.

Her early professional career was in journalism at KNBC-TV Los Angeles and The St. Petersburg Times, Russia. Later she transitioned into corporate entertainment with NBC’s West Coast Business Development, Universal Music Group’s digital download and ecommerce division, and went on to manage the ecommerce website and IT for an online small business that sells data security-related equipment.

She holds a Master’s degree in screenwriting from the prestigious American Film Institute (AFI) in Hollywood and has worked at most of the major studios and for an A-list screenwriter.

A graduate of Pitzer College, in Claremont, CA (one of the Claremont Colleges), she previously attended Mount Holyoke College in Massachusetts (Pioneer Valley). She was a Russian language and literature major and had the honor to study with Nobel Prize winner, Poet Laureate and Russian literary icon Joseph Brodsky.

Monica’s lived on four continents and speaks several languages, including Spanish and Russian. She’s an avid traveler and has visited or lived in Argentina, Chile, Easter Island, Yellowknife, Paris, London, St. Petersburg, Moscow and Vladivostok. She was born and raised in Pasadena, Los Angeles, CA, and attended the Polytechnic School.

Sign up for CBMP newsletters to receive the latest real estate news, including market reports, selling tips and tools, and trends.